Animal Welfare Is Important Too

A cause that is very near and dear to my heart is animal welfare.  So, I will be posting articles from time to time to bring the issues to light.  However, I WILL NOT be posting photos of animal abuse or neglect.  We are bombarded by these images wherever we turn, and although they are disturbing and heartbreaking, I feel they do nothing to help the cause.  We are all too familiar with the inhumanity of some of our fellow humans and do not need a constant reminder of the atrocities they have committed against helpless animals.  Instead I intend to highlight success stories, miracles and good news in general.  The stories will probably have desperate beginnings, but through the goodness of some good samaritans, they will have happy, hopeful endings.

So, to being with, here is the first article from thegoodnewsnetwork.org

A new survey of Canadian animal shelters shows an exciting decline in euthanasia and intake, while adoption rates have gone up. 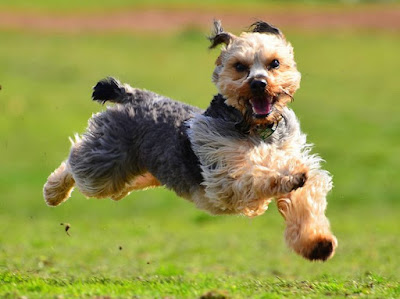 
According to a recent survey of Canadian animal shelters in 2015, adoption rates have risen while euthanasia has dropped.

The survey, conducted by the Canadian Federation of Humane Societies, surveyed 89 different shelters across the country. A ‘shelter' in this survey is described as "humane society and SPCA operating facilities for transitional housing of homeless animals."

The study showed that cat adoption rates have almost doubled from about 38% in 2007 to 61% in 2015. Canine adoption, on the other hand has maintained a fairly consistent trend at 50%.

Euthanasia showed an exciting drop from 4,358 dogs and 22,908 cats in 2014, to 2,820 dogs and 15,341 cats. Shelter intake of cats and dogs has dropped slightly. Shelter intake numbers spiked dramatically in 2011 from about 90,000 to over 120,000. Over the course of the last five years, the rate has returned to a new low of about 80,000. Since 90% of SPCA shelters require animals to be spayed and neutered before adoption, the decline could be due to more diligent population control.